…The parliamentarians are urgently seeking permission for Lifeline to dock within the next 48 hours, as conditions deteriorate on board and the weather is expected to worsen, according to Ruben Neugebauer, spokesman of the German non-governmental organization Sea Watch which is also helping coordinate the mission.
The ship has enough water, food and fuel to reach Malta and Italy, he added.
One of the MPs on board, Michel Brandt of Germany’s Left Party, described the conditions as “unbearable” and said migrants “need medical care.” He posted images on his Twitter account of people huddled under blankets on deck….
Link zum gesamten Artikel von CNN vom 25.06.2018 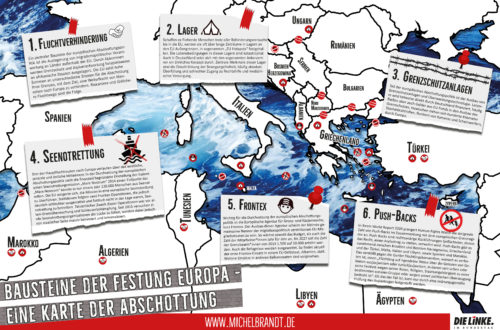